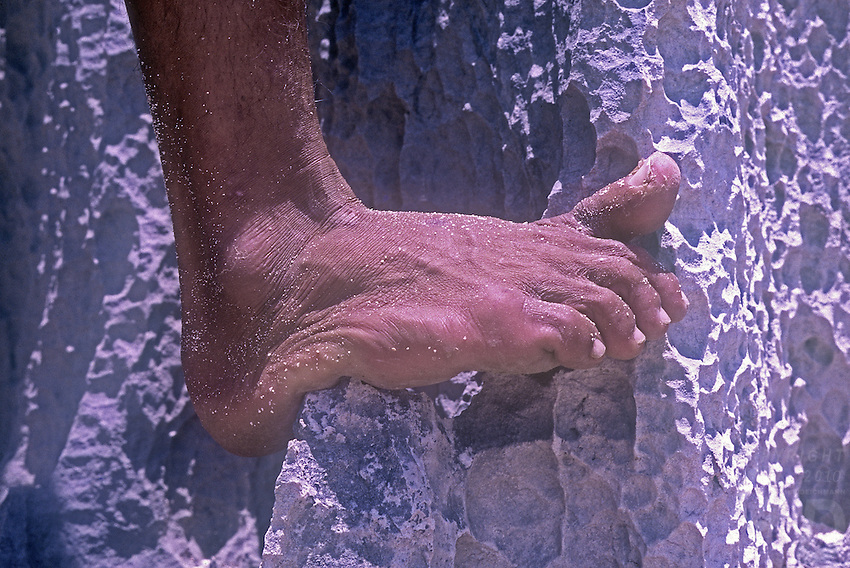 Easy for the Tagbanwa or Tagbanua, stepping on the sharp Limestone. Tagbanua one of the oldest ethnic groups in the Philippines, can found in central and northern Palawan. Research has shown that the Tagbanwa are possible descendants of the Tabon Man; thus, making them one of the original inhabitants of the Philippines. They are brown-skinned, slim and straight-haired ethnic group and exceptional climbers.

Coron island comprises of massive vertical limestone cliffs that reach up to 600 meters above sea level and eight (8) brackish lakes and three (3) smaller one's that have underground connections to the sea.
The nests from the swallow are harvested by the Tagbanua; the sea swallows make the nest from saliva and it's a highly valued ingredient in Cantonese bird's nest soup. Each family group of Tagbanua's closely guarding their individual Caves in these limestone cliffs and only harvest the Nest during a particular season, safeguarding the survival for future generations. They are also guarding the area during the harvest season, temporary putting up a primitive shelter just below the caves to ensure that no outsider is encroaching on their territory that has been in their family for generations.
© Gunther Deichmann
6_Philippines - Palawan_Bird Nest
Bird, Bird Nest, Swallow, nesting, foot, sharp, collecting, people, climbing, man, tribal, culture, White Gold, Cliffs, limestone, traditional, Philippines, Coron, island, Tagbanwa, Tagbanua, native, soup, harvesting, Palawan