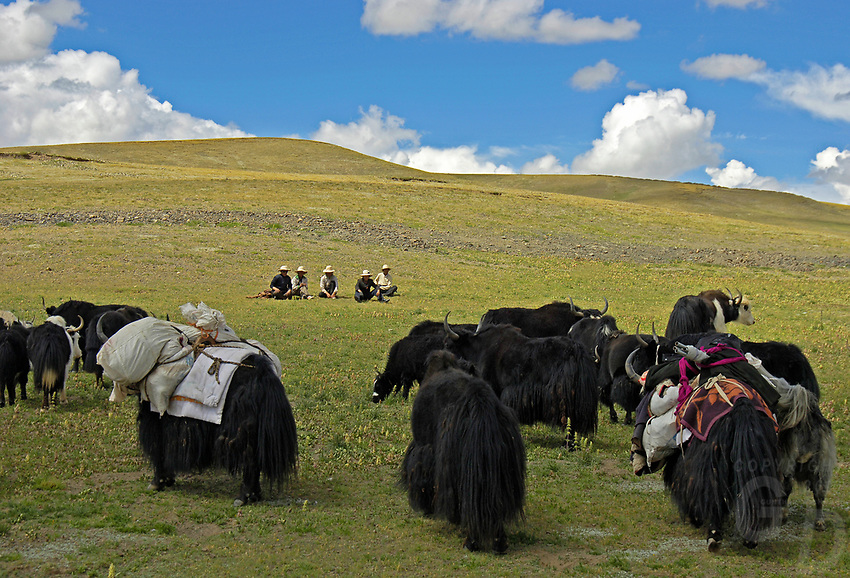 Tibetan nomads taken a rest with their Yaks on the Tibetan Plateau, the average elevation exceeding 4,500 metres (14,800 ft), the Tibetan Plateau is sometimes called "the Roof of the World" and is the world's highest and largest plateau. China
Domesticated yaks have been kept for thousands of years, primarily for their milk, fibre and meat, and as beasts of burden. Their dried droppings are an important fuel, used all over Tibet, and are often the only fuel available on the high treeless Tibetan Plateau
© Gunther Deichmann
1_Tibet_Nomads_Monasteries_ Aerial_Landscapes_Namtso Lake
Tibetan, Nomads, Animals, people, Man, herding, Yaks, male, resting, Tibetan Plateau, China