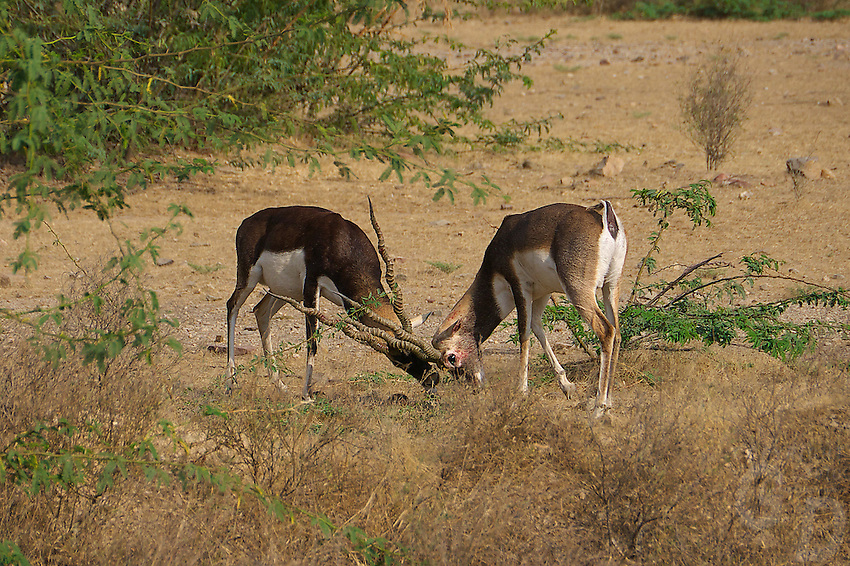 A rare sight, two Black Bucks in a very serious fight. The fight went on for sometime creating some great photo opportunities.
The Black Buck is an highly endangered species. Poaching and habitat destruction has seriously affected the population of the Black Bucks. It is usually haunted for its skin, flesh and also for sports. It is also haunted for meat. Black Buck also holds the cultural importance in Hinduism and Buddhism. In the 19th and 20th century and the Black Buck was the most haunted animal all over India.

According to the Hindu Mythology blackbuck or Krishna Jinka is considered as the vehicle (yahana) of the Moon-god Chandrama. According to the Garuda Purana of Hindu mythology, Krishna Jinka bestows prosperity in the areas where they live.
© Gunther Deichmann
Nature_Animals_Reptiles_Wildlife & Plants_Australia and other Countries, 5_India_Khichan_Wildlife_Demoiselle cranes
animals, Wildlife, Black Buck, rare, endangered, blackbuck, Antilope cervicapra, Thar Desert, Rajasthan, India, Krishna Jinka, Antilope, species