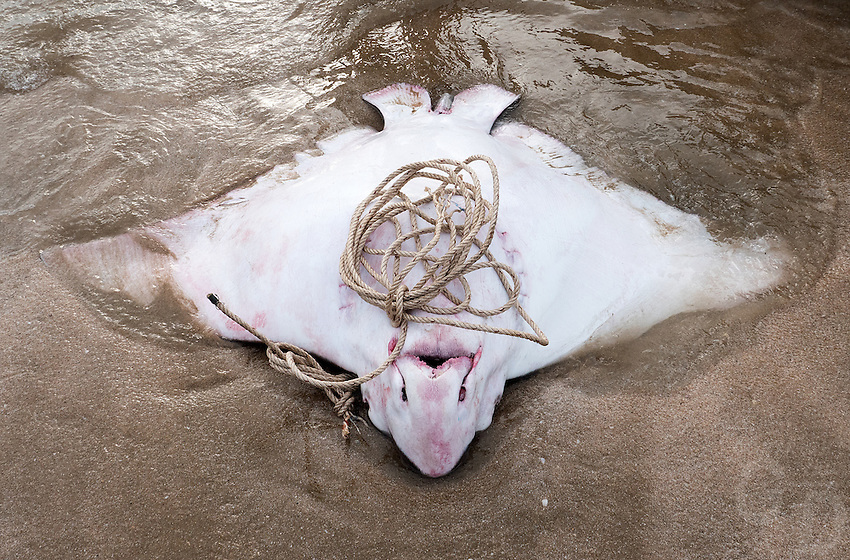 Environmental impact on Overfishing:
A Manta Ray was part of this catch and a sad by product of this mornings catch, and one starts to wonder how many everyday are part of this fishing Industry. If no action is taken, in three decades shrimp will be more than three times as expensive, tuna and mackerel will be nearly six times, and grouper will be almost nine times, as expensive. These numbers will have severe economic consequences if nothing is done as fish protein comprises more than 22 percent of the average Asian diet. If such fishing continues unabated, not only will prices rise of food that is essential for the region, but the livelihoods of tens of millions of people involved in the industry whether it be the actual fishing or the processing of caught seafood, are at risk of finding themselves without work.
A Known Problem
Overfishing in East Asia is not a new problem and in the South China Sea, has been known for some time. The problem is multi-faceted. Fish are being caught too young limiting chances for population regrowth and replenishment of fish stocks. As a result, the fish that are being caught are smaller necessitating a greater haul thus reducing the population even further.
© Gunther Deichmann
2016_4_Vietnam_Mui Ne
Vietnam, South China Sea, Overfishing, Environment, Marine Life, Marine Resources, Bình Thuận Province, Mũi Né, Mui Ne, aquaculture, coastal fishing town, fishing, ocean fishing, coastline, shrimp, Industry, seafood, fisherman, boats, Fishing Boats, Beach, people, selling, wholesale, sorting, washing, cleaning, culture, traditional, fish, prawns, stormy, sky, colorful, clouds, women, man, trading, Chai, Basket Boat Round Boat, The Coracle Boat, Central Vietnam, Trawlers, Fishing-Trawlers, Weather, clouds, sky, stormy