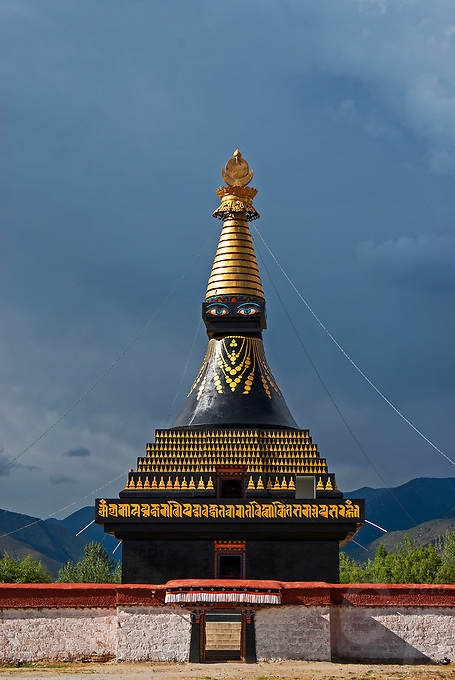 Samye Monastery - There are four stupas of different styles, colored in red, white, black and green at
Samye was the first gompa (Buddhist monastery) built in Tibet. It was probably first constructed between 775-9 under the patronage of King Trisong Detsen of Tibet who sought to revitalise Buddhism, which had declined since its introduction by King Songtsen Gampo in the 7th century.