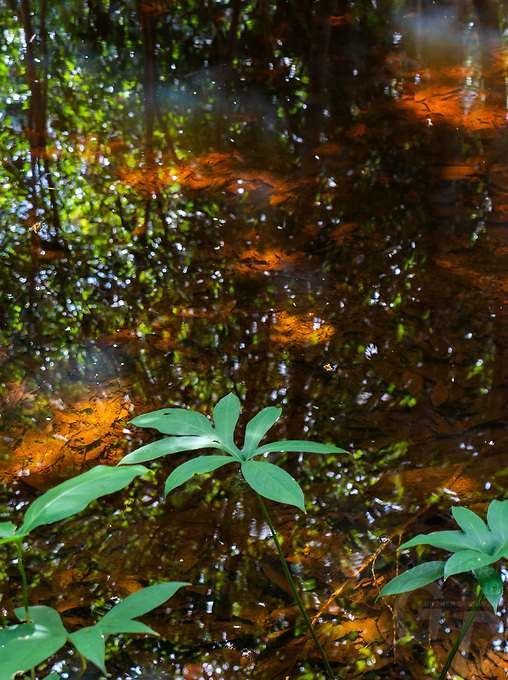 Kbal Spean ("Bridge Head") is an Angkorian era archaeological site on the southwest slopes of the Kulen Hills to the northeast of Angkor in Siem Reap District, Siem Reap Province, Cambodia. It is situated along a 150m stretch of the Stung Kbal Spean River, 25 kilometres (16 mi) from the main Angkor group of monuments, which lie downstream.
The site consists of a series of stone rock relief carvings in sandstone formations of the river bed and banks. It is commonly known as the "Valley of a 1000 Lingas" or "The River of a Thousand Lingas". 11th and 12th centuries.
The motifs for stone carvings are mainly myriads of lingams (phallic symbol of Hindu god Shiva), depicted as neatly arranged bumps that cover the surface of a sandstone bed rock, and lingam-yoni designs. There are also various Hindu mythological motifs, including depictions of the gods Shiva, Vishnu, Brahma, Lakshmi, Rama, and Hanuman, as well as animals (cows and frogs).

The carving of vestiges began with the reign of King Suryavarman I and ended with the reign of King Udayadityavarman II; these two kings ruled between the 11th and 12th centuries. The 1,000 lingas, but not other sculptures, are attributed to a minister of Suryavarman I during the 11th century, and these were carved by hermits who lived in the area. Inscriptions at the site testify to the fact that most of the sculpting was done during the reign of Udayadityavarman II. It is also mentioned that King Udayadityavarman II consecrated a golden ling here in 1059 AD. It is believed that the Siem Reap River flowing into Angkor is blessed by the sacred lingas over which it flows.