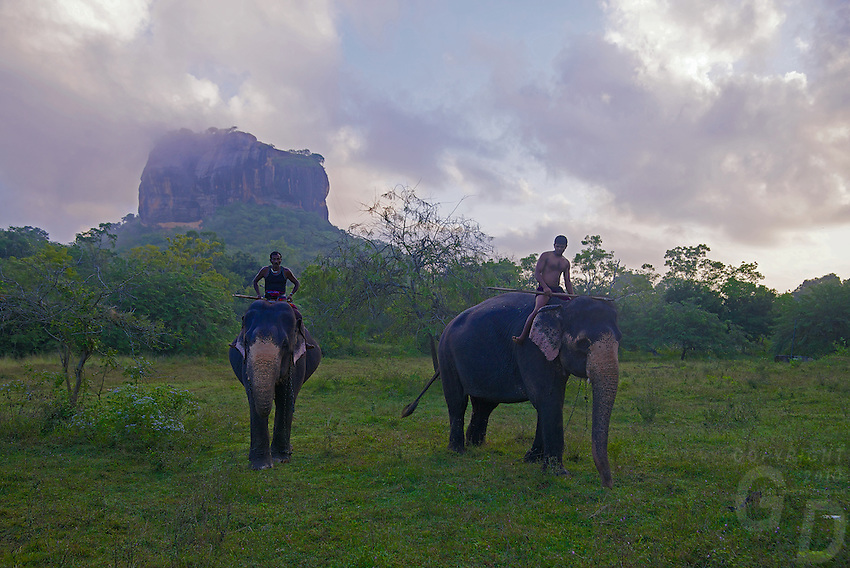 First light at the famous archaeological site Sigiriya, this place is a unique witness to the civilization of Ceylon during the years of the reign of Kassapa I.

At sunrise Mahuts take their Elephants for a bath to the nearby stream or lake traveling past the majestic Sigiriya Rock shrouded in the morning clouds.

Sigiriya (Lion Rock is an ancient palace located in the central Matale District near the town of Dambulla in the Central Province, Sri Lanka. The name refers to a site of historical and archaeological significance that is dominated by a massive column of rock nearly 200 metres (660 ft) high.