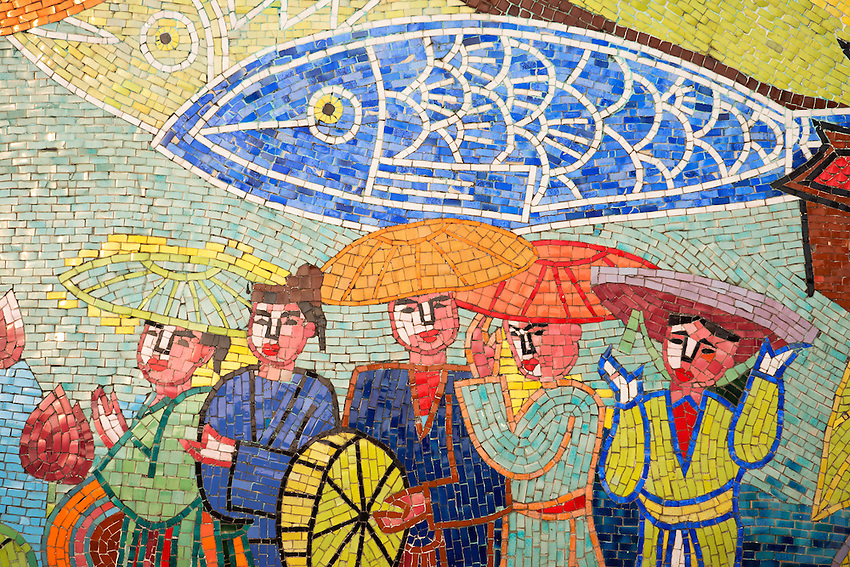 With rich history and art pieces that go back to the Stone Age, if there’s one thing the Vietnamese are indisputably brilliant at, it is their way of expressing themselves. Be it through their traditional music, architecture or visual art, a lot of their history and expression comes from their art. One such gem that Vietnam has in its crown is the 3.85 km long Hanoi Ceramic Mosaic Mural. It is the world's largest ceramic mosaic built from ceramic tesserae.

The Hanoi Ceramic wall was built in-line with the 1000th anniversary of the foundation of the capital Thăng Long in October 2010. The whole idea of transforming a boring dyke-wall into a colorful ceramic mosaic originated because of Nguyen Thu Thuy. She is a journalist and her idea won the Hanoi Architecture Contest. The preparations to decorate the walls started in 2007. People and artists from not only Vietnam but all over the world contributed in the making of this mural. With Terracotta structures of boats, dragons, lac birds, fish, pelicans surrounded by mosaic tiles, the decorative patterns are a visual narration of the country’s history from different periods.
© Gunther Deichmann
2016_1_Vietnam_Hanoi_Ninh Binh_Ha Long Bay
ceramic mosaic, tiles, Hanoi, Ceramic, Mosaic-Mural, architecture, wall, history, art, unique, 1000th anniversary, Nguyen Thu Thuy, Terracotta, structures, decorative, patterns, craft, Vietnam, Hanoi Ceramic Mosaic Mural