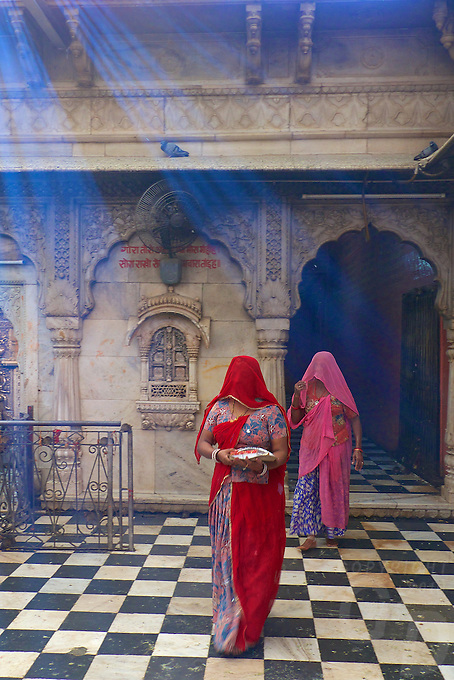 Karni Mata Temple , Deshnoke Rajasthan. The most intriguing aspect of the temple is the 20,000-odd rats that call this temple ... It was completed in its current form in the early 20th century in the late Mughal style by Maharaja Ganga Singh of Bikaner.

The temple is thrown open to the public early in the morning at 4.00 a.m. Charan priests perform Mangla-Ki-Aarti and offer bhog (special food) as worship. A peculiar characteristic of the temple is the legion of rats roaming about in large numbers in the temple. They are considered auspicious and the devotees make offerings. Two kinds of offerings, the 'dwar-bhent' is attributed to the priests and the workers. The 'kalash-bhent' is utilised for the temple maintenance and development.
© Gunther Deichmann
10_India_Jaisalmer_Bikaner_Rat Temple
Karni Mata, rats, temple, India, Rajasthan, animals, worship, religion, hindi, hindu, believes, thousands, strange, bizarre