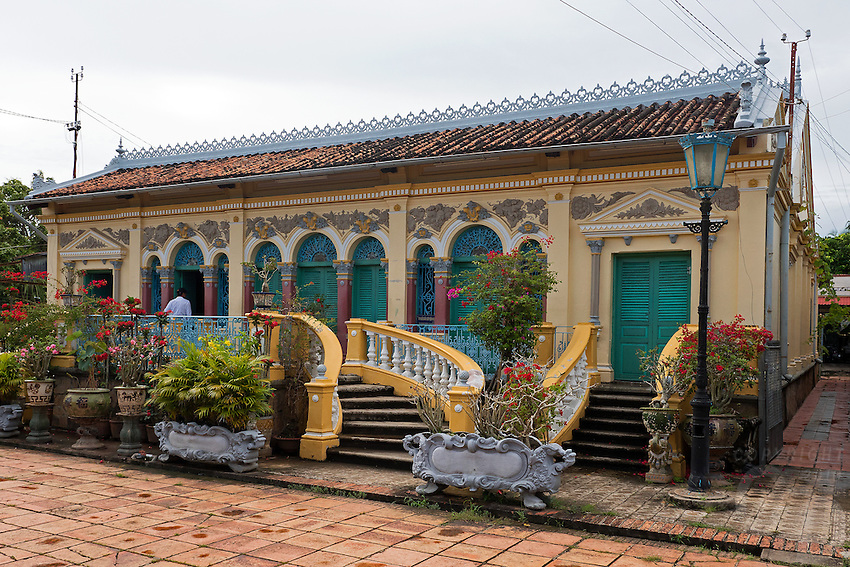 Can Tho historical Building.
Binh Thuy Ancient House located in Can Tho in the Mekong Delta
The French-style house was built in 1870 by the Duong family on an area of nearly 6,000 sq m. Its base is about one metre higher than the land surface.
The house is now preserved by Duong Minh Hien, the sixth generation of the Duong family.
Binh Thuy ancient house has been captured in many films such as “The silt ways,” “The Bac Lieu mandarin’s son” and “The lover” of French director J. Annaud.
© Gunther Deichmann
2016_2_Vietnam_Mekong Delta_ Markets, Weddings
Can Tho, historical, Building, Vietnam, Mekong Delta, Binh Thuy, Ancient House, French-style house, Duong family, The silt ways, J. Annaud, Architecture, The Bac Lieu mandarin’s son, films, colonial